Given a privatization money NSRF? Press conference at the premises of the airport of Chania, “John Daskalogiànnis” gave the independent MP and MEP candidate with SYRIZA, Kriton Arsenis, on the occasion of the second deposit, within a month, prompting the European Commission to “illegal privatization” of the airport, stating the full concurrence of the struggle of the local community and workers. 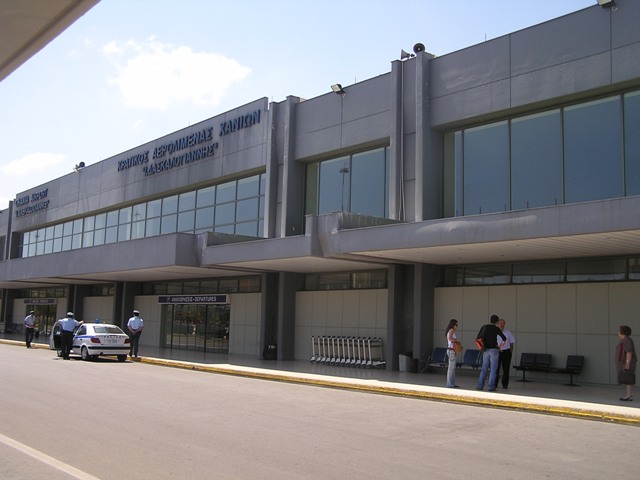 The independent MP and MEP candidate with SYRIZA filed a second question to the European Commission, by forcing it to take a position on the issue of privatization of airport infrastructure, amounting to 110 million euros financed by NSRF.

As noted in the questions submitted, the privatization of the airport violates Article 57 of Regulation 1083/2006. Moreover, it leaves the local economy “hostage” speculative moods of individual who will undertake the operation of the airport, as there is no guarantee in the contract notice for the increase in airport charges.

Kriton Arsenis said, among others, at the press conference: “The privatization of the airport of Chania is unlawful and unreasonable. Giving the owners, who will take over the airport infrastructure worth 110 million euros made by public funding. This amount will reap the free individual. However, the ‘donation’ of this HRADF violates Article 57 of Regulation 1083/2006, which does not allow the change of ownership for five years in infrastructure have been built with European funding.

The airport does not cost the state budget. Instead, it is profitable and contributes revenues exceeding annually 10 million. However, the greatest risk is that it leaves the local economy prey to speculation the individual who will take over the airport. There is no guarantee in the tender notice on the growth rate of the airport.

There is imminent danger of the private owner – with the aim of quick and easy profits – to dramatically increase prices to the detriment of tourism in the region and the entire local economy. The experience of Athens from the operation of the airport at Spata are typical. Expensive airport means fast rise in profits of the private owner of the airport, fewer visitor arrivals and reduced revenue for the local economy.

The government and the HRADF give public infrastructure violating European law, deprive the government of revenue and deprive the local community development resources. They do casual and arbitrarily against the will of the local authorities and local hoteliers and tour operators. ”

Krisima questions from funding through the NSRF

The HRADF has progressed to tender for the concession of the right of use, management and exploitation of regional airports which are divided into two groups.

The second group comprises the airports of Rhodes airport, Kos, Santorini, Mykonos, Mytilini, Skiathos and Samos and potentially airports of the island of Karpathos New Aghialou and Limnos.

The concession will be for a minimum of 30 years will be on operational services and maintenance. Moreover, the Greek government may extend the duration of the concession for another 10 years.

For Thessaloniki airport is underway two contractors, the first original cost 250 million euros and the other 38.7 million, financed from European funds.

For Chania Airport expansion performed contract work and construction of a new control tower, which is funded by NSRF EUR 110 million. For Airport Skiathos performed subcontract costs which reaches 18.5 million with funding also from the NSRF.

According to Article 57 of Regulation 1083/2006 funding of European Funds in infrastructure investment is maintained “only if, within five years of its completion, undergo a substantial modification caused by a change in the nature of ownership of an item of infrastructure.”

Based on the above, does the Commission is in conformity with Article 57 of Regulation 1083/2006 grant of license for at least 30 years of infrastructure financed by EU funds?